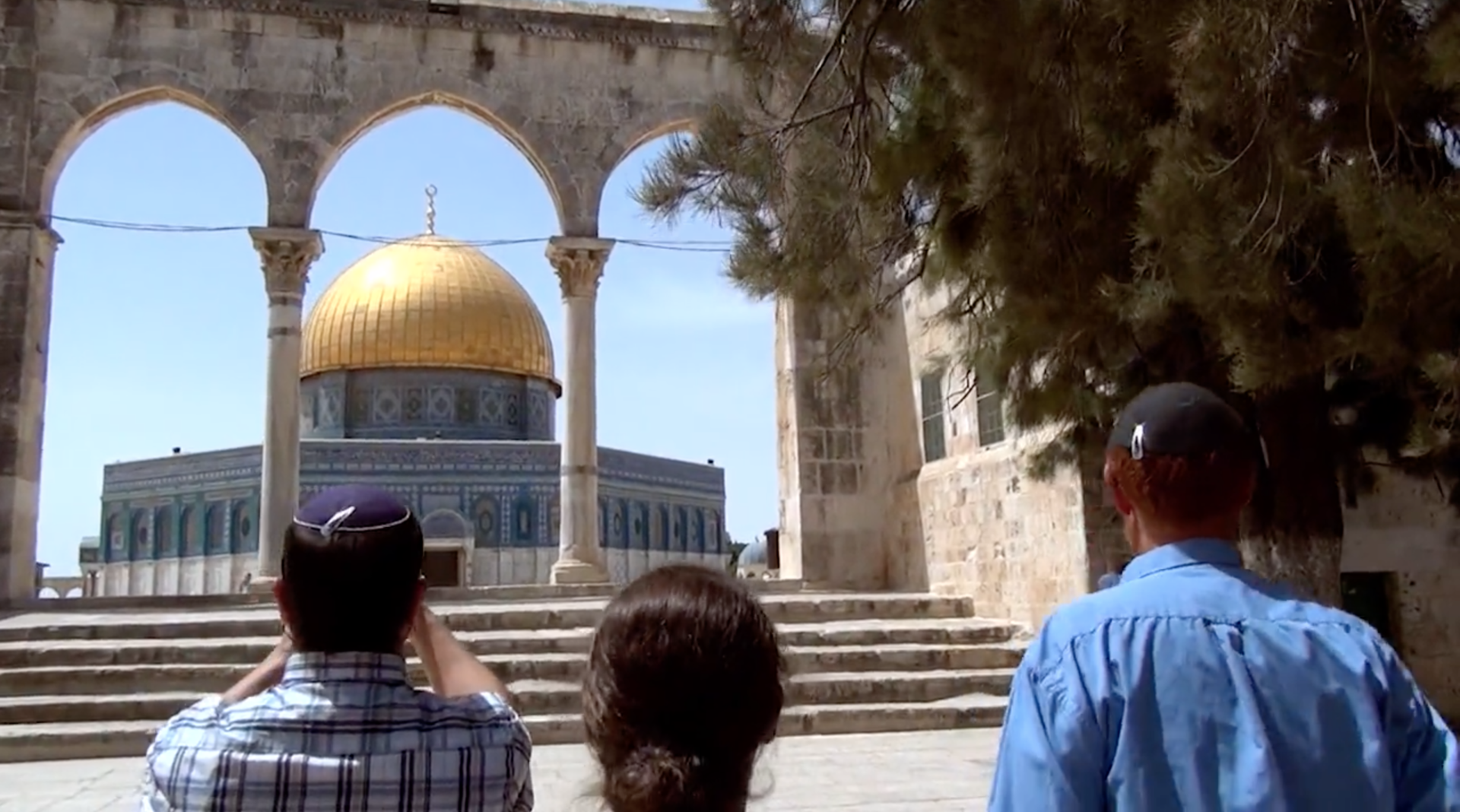 For the last few years I have been puzzled by the police’s practice of persistently prohibiting prayer on the Temple Mount, even though the Israeli courts have ruled that it is legal for pilgrims to offer prayer up there.

In 2014 at the time of Shavuot/Pentecost I traveled to Israel to experience, up close and personal, the answer to the question posed in Psalm 24: “Who may ascend?” And for an entire year, I have watched events on the Temple Mount deteriorate from unreasonable to absurd.

Rather than try to guess how this question would be answered by the politicians, the police, the Palestinians, or the Jordanians, I have decided to take a different approach. Another way to answer the question asked in Psalm 24 is to consider the experience of a man who in 2014 led 50 Jewish pilgrims to ascend the Temple Mount in peace. Now, after being falsely accused, banned from ascending, and surviving an assassination attempt that left him battling for his very life, I wonder if he might be the type of man King David had in mind when he wrote this psalm of ascent.

At the time of this writing the Israeli courts have stepped in and once again given Rabbi Glick permission to ascend, but with heavy restrictions. In its ruling, the court stated that he is limited to one visit per month and is prohibited from possessing a smartphone or camera during his visits. This is to “prevent him from provoking the Muslim community.” The court also explicitly forbade Rabbi Glick from “reading anything at all aloud” to anyone on the Temple Mount.

Now, adding insult to injury, on May 12th the Israeli police appealed the court’s decision to again allow Rabbi Glick to ascend the Temple Mount. They claim that Glick’s “going up to the Temple Mount could lead to riots and a public safety risk.” Now do you understand what I mean when I say that what is happening on the Temple Mount is absurd?

I have put together a 10-minute video of the ascent of Rabbi Yehuda Glick and 50 Jewish pilgrims on the eve of Shavuot 2014. It might help answer this question from a different perspective than that of the politicians, the police, the Palestinians, the Jordanians, or even the Israeli court system. I wonder if God might have answered the question, “Who may ascend?” through His intervention in the life of Rabbi Yehuda Glick. You decide.

Let's Climb the mountain of God!

The Mystery of the Red Heifer REVEALED

A Matter of the Heart

God's Call and My Response

Freedom to Pray on the Temple Mount

Name of God Pure and Simple-Episode 1

Don't leave just yet without getting your
7 Day Free Trial